I watch Star Trek now and it isn’t the same as when I first saw it. I know in 2017 there is a new Star Trek reboot show in the works.

When I did watch it, I remember thinking wow, could this really be our future? 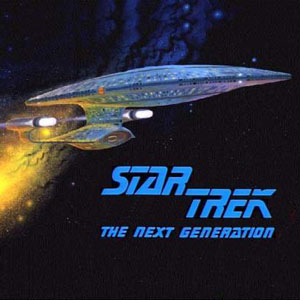 We are contacted by aliens eventually in the future – and this causes us to realize we are not alone. We stop war against the human race. All human countries join forces and combine to make the United Federation – in order to build ships and defend earth. We can no longer fight each other when such a greater threat awaits us.

Our technology gets so advanced we eliminate money, cure all diseases – and also replicate food in machines that make atoms out of thin air – so we are not hungry anymore, fighting over scraps.

We reach out to other planets in our star system, and join forces to create the United Federation of Planets. Then you have all these other races, with their own alien technology, who are all fighting over resources and control over the galaxy. In between star systems we have the neutral zones – where we can cross peacefully – but if we get too close the war ships will come into the sector.

This along with great plot twists and robots made me fall in love with the star trek series.

Check out this new sneak peek video released from E3!

So far nothing has really stood out (for me) to run out and buy any VR gear. After watching Lavar Burton talk about VR Star Trek – and how this is the game he always wanted to play. I got very excited!